On behalf of the board and staff of the Muslim Consultative Network, we look forward to seeing you at our 3rd Annual Gala, “Daring to Act Boldly: Connecting our Strengths to our Convictions.” Purchase your tickets today!

The night will be an opportunity to celebrate our work, our honorees and to recognize the bold work being done on behalf of New York City’s diverse Muslim Community. Our annual gala is a ticketed event where we gather friends and supporters to share our successes from the previous year and vision for the year to come. Proceeds from this year’s gala will go towards reaching MCN’s goals for 2013. These include: strengthening our established alliances, introducing our work and the NYC Muslim Com

munity to those we have not met before, doubling our efforts to create meaningful dialogue amongst the Muslim community on college campuses, empowering young Muslims with strong role models and skills to lead their communities, and continuing to seek justice for the marginalized and needy of New York City. 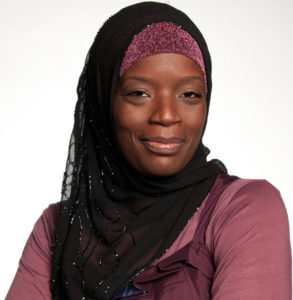 Announcing our fabulous keynote speaker, Ameena Matthews! Mother and wife, Ameena Matthews has dedicated her life and career as a Community Activist towards Peace Building and Social Change. In 2006, Ameena joined Ceasefire, an award winning scientific public health model that has been proven to reduce shootings and killings. Working with Ceasefire for the past six years, Ameena has used her experience and knowledge in her neighborhood, to seek out and build relationships with troubled youths who are susceptible to the social norms of violence that still exist on the streets. Watch Ameena’s interview on the Colbert Report here!

Honorees of the evening will include:

The New York Chapter of the Islamic Center of North America (ICNA) – a nonprofit organization with over 150 volunteers that works to provide aid to those in need throughout the United States. Following the devastation of Hurricane Sandy, ICNA immediately stepped in once the storms cleared to aid in the relief effort and has been continuing to do so ever since.

Fahd Ahmed – Fahd is legal and policy director of Desis Rising Up and Moving (DRUM). Currently, Ahmed leads DRUM’s work on national security, racial profiling, and police accountability in the Racial and Immigrant Justice program, and is also developing a community law practice focusing on the same issues. Immediately after 9/11, he led DRUM’s work with Muslim, Arab, and South Asian immigrant detainees and their families.

Fahd has also been active in the Muslim community as an activist, and draws upon an understanding of Islamic theology that is committed to the ideals of social justice and to the spirit of liberation that lies at the center of Islam.

Rashida Tlaib – Representative Tlaib was raised in Detroit and is the child of immigrants, who taught her the importance of hard work, honesty, and commitment to community.  As the eldest of 14 children, she developed leadership qualities that made her responsible, caring, and compassionate toward others.   In 1998, she received her B.A. in Political Science from Wayne State University.  While working full-time, she attended weekend classes at Thomas Cooley Law School, where she earned her law degree in January of 2004. Her family’s struggle to create a new life in Detroit inspired Rashida’s long term commitment to public service and giving back to the community.  She provided social and advocacy services to thousands of local families at Latin Americans for Social and Economic Development (LASED), the Arab Community Center for Economic and Social Services (ACCESS), the Office of State Representative Steve Tobocman, the International Institute of Metro Detroit, and the Neighborhood Tax Center.

Rashida was elected to Michigan House of Representatives in 2008, representing the 12th District (Detroit). Rashida made history by becoming the first female Muslim elected to the Michigan Legislature, and only second in the country. Rashida has been married to her husband, Fayez, for fifteen years. Together they have two sons, Adam (6) and Yusuf (1).

The United Methodist Women, Sojourners, and T’ruah: The Rabbinic call for Human Rights, all of whom who organized to promote positive messages consistent with values we embrace as Americans, in contrast to the Islamophobic ads published by the American Freedom Defense Initiative. These groups embody the true spirit of interfaith understanding and support. For their bold commitment to protecting the religious freedom of all Americans from those who would like to implant fear and disunity, we honor their stand.

Again, we look forward to seeing you!

For almost ten years, the Muslim Consultative Network has worked to strengthen and unify the diverse New York City Muslim community through dialogue, education, collaboration, social action. MCN is a 501c3 nonprofit organization that depends on financial support from foundations and the communities in which we work. To learn more about our work, please visit our website www.mcnny.org.