Muslim Women’s Day was created by a young Muslim activist, Amani Al-Khatathbeh, Editor in Chief of Muslim Girl Magazine in 2018, to celebrate and uplift the incredible Muslim leaders and narrative shifters making a mark on our society and community as a whole.

Join MCN in this tradition to meet with and hear about the journeys of Muslim women leaders who are striving to make the world a better place and have their voices heard.

We are honored to be joined by our Keynote Speaker for the day, Prof. Azza Karam, Secretary-General Elect of a multi-lateral and multi-stakeholder global civil society based organization, Religions for Peace, and Professor of Religion and Development at Vrije Universiteit Amsterdam, The Netherlands.

She has served as a Senior Advisor on Culture, at the United Nations Population Fund (UNFPA) since 2007; and as Coordinator/Chair of the United Nations Inter-Agency Task Force on Religion and Development; where she coordinated engagement with members of a Global Interfaith Network for Population and Development with over 600 faith-based organizations from all regions of the world, representing all religions and inter-religious affiliations.

She is the Lead Facilitator for the United Nations’ Strategic Learning Exchanges on Religion, Development and Diplomacy, building on a legacy of serving as a trainer cum facilitator of inter-cultural leadership and management in the Arab region as well as Europe and Central Asia. She served as the President of the Committee of Religious NGOs at the United Nations in 2003, and has supported the founding of numerous interreligious networks – and continues to advise – the Joint Learning Initiative on Faith and Local Communities (JLI – 2013), the Moral Imperative (2015) and the International Partnership for Religion and Sustainable Development (PaRD – 2016). She is also a member of the Trans-Atlantic Partnership for Religion and Diplomacy (TPNRD). Professor Karam has served in different positions in the United Nations since 2004, as well as other intergovernmental and non-governmental organisations since the early 1990s, such as International IDEA, and Religions for Peace (RfP). Simultaneously, she lectured in various academic institutions in Europe, in North America (including the United States Military Academy/West Point), Africa and the Middle East. Her Ph.D. in 1996, focused on Political Islam, and became her first book in Arabic (her mother tongue) and in English. She has since published widely, and in several languages, on international political dynamics, including democratization, human rights, peace and security, gender, religious engagement, and sustainable development. She was born in Egypt, and now lives in the United States. 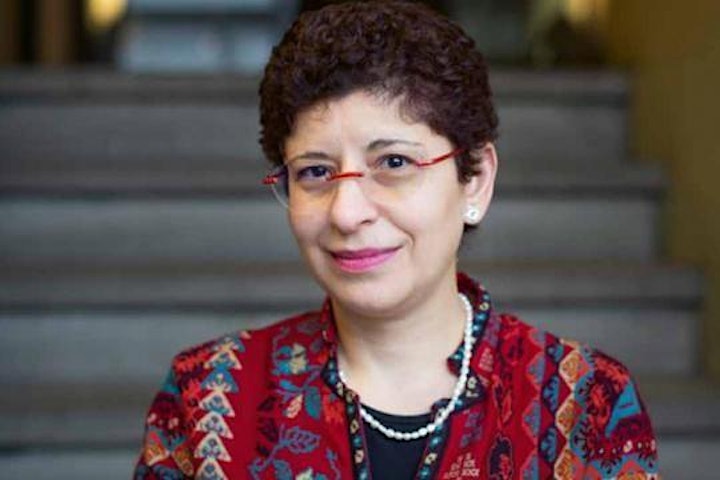